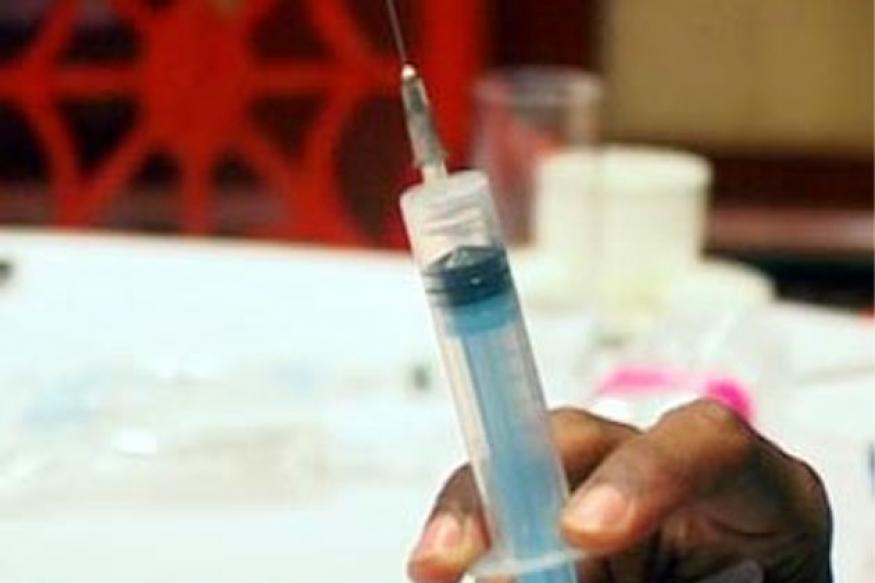 Blood-borne illnesses are commonly spread through shared and reused syringes

A World Health Organisation report says more than 20 million people are infected with HIV and hepatitis every year and 1.3 million of them die.
The infection is spreading because around 600 crore used syringes come back in the market without being sterilised.
Over a million blood infections occur annually in India leading to HIV and hepatitis, and around 300,000 of the infected people die.

A doctor in Kerala has developed a cheap, effective and eco-friendly medical syringe that can never be reused.

"The Peanut Safe Syringe becomes absolutely redundant after its first use. Neither the syringe nor the needle can ever be reused. Scavengers will never be able to collect, repack and sell it in the market," said Baby Manoj, a radiologist from Kozhikode, who invented the syringe.

The syringe can be used for injection as well as blood aspiration in a single sitting. In other syringe models, separate devices are needed for each procedure.

For his product, Manoj last week received Best Invention Awards for 2011 from the National Research Development Corporation, an undertaking of the science and technology ministry, and World Intellectual Property Organisation at a function in New Delhi.