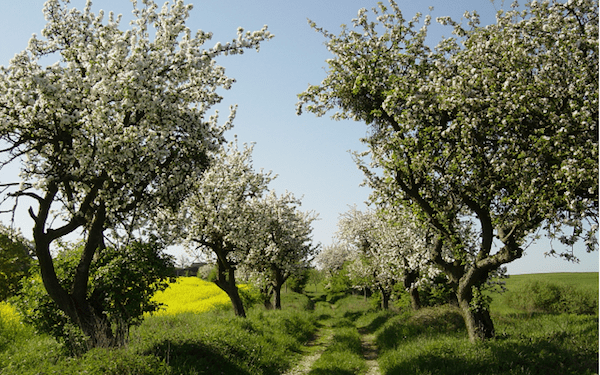 As we become more dependent on the modern diet, people forget how to recognize fruit and vegetable varieties in their own backyards. The public lands around Berlin, for example, contain hundreds of varieties of apples and other food crops, planted decades ago by cottage farmers. Every year, hundreds of tons of food go to waste, while the local population buys inferior produce at the local supermarket.

Solution: Teach locals to recognize food crops in their neighborhood

"I started to get interested in apples 9 years ago. My husband has a little cottage in the Uckermark and every year I saw that there were only 2 apple trees harvested in the whole in the village. In January, I saw all the rest of the red apples fallen down in the snow. It was really terrible, I thought there were about 40 tons in this old village. And I always thought at this time I wanted to bring young people to harvest apples to bring to old people’s homes and make marmalade together and call it ‘jam session’. But to organize it was always a big deal. Then I started Statt macht saat and I thought : this apple project is now or never. And so we did it. In 2012 we harvested over 3,5 Tonnes and made 1000 Ltr. of apple juice."